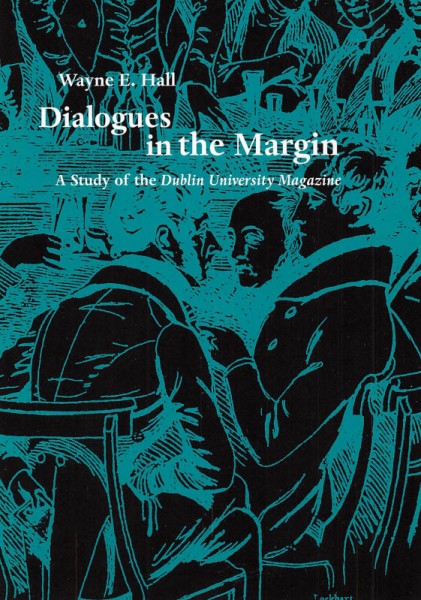 Dialogues in the Margin: A Study of the Dublin University Magazine

For decades, commentators on nineteenth-century Irish literature or history have routinely mentioned the significance of the Dublin University Magazine. Published monthly from January 1833 to December 1877, the DUM attracted as its contributors – and in several cases its editors – nearly every major Irish writer from this period. Prior to the publication of this work, however, there has been no systematic, book-length discussion of the magazine’s entire career.

In this study, Wayne Hall traces the dual nature of the magazine, its attention to both England and Ireland, which helps us to understand the sometimes guilty and reluctant, sometimes celebratory and passionate, union of these different cultural traditions and values. The DUM expressed a complex brand of Irish national identity that defines itself partly in cultural and partly in political terms.

In seeking its own balance between excluding and including, between culture and politics, the DUM developed one main pattern in its pages: the magazine’s political commentary stakes out the ideological ground with varying degrees of rigidity and exclusivity, while its literary contributions expand the magazine’s total scope to embrace a much wider and more generous vision of ‘Irishness’.

Within the terms and tensions of the journalistic dialogue, then, readers can see the political and the literary values jostling against each other. The magazine serves as a detailed and thorough record of conservative political thought in the nineteenth century, and also shows that Irish political events have drawn much of their shape from the literature, even as that literature was being shaped in turn by politics.

Wayne E. Hall is an associate dean at the McMicken College of Arts & Sciences at the University of Cincinnati, as well as a faculty member of the Department of English and Comparative Literature. His previous book was Shadowy Heroes: Irish Literature in the 1890s.